Home » Research » Unisi as Host Institution: apply with us! 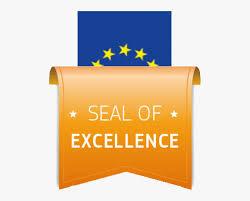 Since 2015, the European Commission has been promoting the Seal of Excellence (SoE), a quality label awarded to projects that were judged worthy of funding but received none due to budget constraints. The SoE was launched by commissioners Moedas and Cretu on 12 October 2015 in the framework of the mandate received from President Juncker to maximise synergies between Horizon 2020 and Structural Funds.

To promote synergy, the University of Siena shall use its own funds to recruit young, promising researchers, allowing them to pursue their research ideas in a stimulating, collaborative working environment.

The MSCA Seal of Excellence @ UNISI initiative welcomes applications from promising researchers who were awarded the "Seal of Excellence - MSC Actions" (i.e. a score higher than 85/100) in the Marie Skłodowska-Curie - Postdoctoral Fellowships actions.

The University of Siena has allocated 360,000 Euros as part of the 2022 Research Support Plan to projects that in the HORIZON-MSCA-2021-PF-01 have received an excellent evaluation but were not funded.

The € 360,000 fund shall be assigned to four different profiles, one for each academic area:

For each project, a contribution of  90,000 Euros is provided, broken down as follows:

Each candidate is invited to prepare a brief description of the project proposal, also signed by the Supervisor pertaining to the University of Siena, compiled on the basis of the Project Facsimile (see Call and Annexes). The description must show the changes made and suitable to ensure that the project can be conducted within the time frame identified by the candidate at the University of Siena, and the strategic nature of the proposed project for the lines of research of the relevant Department and the specific research team in which the researcher will be included, also with a view to new projects based on competitive European funding.

The call is also open to researchers who did not identify UNISI as the project Host Institution.

Call text and templates - in English

Members of the Evaluation Commission (in Italian)

Selection results
PROJECTS FINANCED FOLLOWING THE SCROLLING OF THE RANKING INDICATED IN THE DECREE OF APPROVAL OF ACTS PROT. No. 0140245

On 1st December 2021, 4 research fellows selected under the MSCA SoE @ UNISI call started their work at University of Siena. The University of Siena allocated 200,000 euros as part of the 2021 Research Support Plan, with the aim to provide support to 4 projects presented by researchers  who have received an excellent evaluation (i.e. a score higher than 85/100under the Marie Sklodowska Curie Actions - Individual Fellowships 2019 and 2020 calls. Since 2015the European Commission has been promoting the Seal of Excellence (SoE), a quality label awarded to project proposals submitted to Horizon 2020 and Horizon Europe to help successful proposals not receiving fuding by European commission to find alternative funding. In this perspective, the University of Siena promotes, with its own funds, the recruitment of young and promising researchers, thus being able to carry out their research ideas in a stimulating and collaborative work environment within the city of Siena.

The research deal with the design of new organic molecules for the construction of devices capable of developing electronic excitations (induced by electrodes or irradiation) in light signals. The main idea at the base of the project is to increase the organic efficiency compared to the LEDs (OLED) already in production by exploiting the phenomenon of Thermally Activated Delayed Fluorescence (TADF), which prevents the dissipation of the energy injected into the material by keeping it in the electronic triplet states. The project will develop a software that will predict, through simulations based on hybrid classical-quantum models, the electronic states as a function of the molecular structure. The aim is to define a theory that leads to the preparation of entire libraries of materials that allow applications in the field of visualization (from displays to microscopy at the sub-cellular level). This technology may lead to patent and a spin-off company, such as those supported by the University of Siena, in the fild of chemistry and engineering.

The project aims to investigate the presence of classical and Hellenistic historiography related to Athens in lexicographical, etymological and erudite sources and in the repertories of the Roman and Byzantine period (from the second to the tenth century AD). The decision to consider the Athenian case is based on two considerations: the exceptional quantitative and qualitative richness of the historiographic tradition on Athens, which is unparalleled for other ancient Greek cities; the significance of the idealized vision of Athens in ancient and Byzantine culture. The starting research question is: what forms does the memory of Athens take when the historiographic texts that convey it are dissected in the repertories and scholarly works of the Roman and Byzantine periods? The aim of the project is to expand our knowledge of the historiography on Athens through the analysis of often neglected sources.

In the last decades, the interactions between philosophy and science have become more frequent and stronger. Philosophers do not only investigate the foundational and methodological aspects of science, but they frequently work together with scientists themselves. If, in the past, successful philosophy-science collaborations have fostered the emergence of new scientific disciplines, the complex challenges that we face today, such as climate change, pandemics, and energy crisis require even more fruitful collaboration between the humanities and the sciences. However, we still do not know what is the specific contribution that philosophy brings to the sciences, nor what are the conditions of successful collaborations between philosophers and scientists. The project PAWOS (philosophy and/with/of science) aims to answer these questions by adopting innovative empirical methods drawn from bibliometrics and Science and Technology Studies, which will allow to integrate quantitative and qualitative evidence in the building of the meta-philosophical theory.
Specifically, advanced bibliometric methods will be used to map the extension of the philosophy-science interactions in the scholarly literature, whereas interviews with key actors will be used to investigate the reasons why philosophers and scientists collaborate. Combining empirical evidence with meta-philosophical theorization, PAWOS will offer to the philosophical and scientific community for the first time a full-fledged taxonomy of the contributions of philosophy to science and a set of normative conditions that foster the success of joint science-philosophy research programs.

Thanks to its dense network of watercourses which offer privileged paths to continental inlands, the northern Adriatic coasts constitute one of principle the gates between the Mediterranean and Central Europe through history. This strategic position underlay the extraordinary flourishing of maritime cities in historical times, such as Aquileia and Venice and Trieste. In addition, the exceptional conservation of several archaeological deposits, especially in the lagoonal fringes east of Venice, make this area particularly suitable to investigate the long-term evolution of the coastal landscape.
The project will investigate the critical relationship between environmental changes and the adaptive responses of past societies, suggested in several cases but rarely addressed with a multidisciplinary approach. Thanks to the study of the geo-archaeological and paleo-ecological evidence, the project will analyze the settlement forms and the paleo-environment developed between Neolithic and Early Middle Ages in the lagoonal area between the Tagliamento and Isonzo rivers. Results obtained will fill a major gap in the knowledge of these periods and provide critical recommendations to our society for best addressing present global climatic challenges.

What is the Seal of Excellence?